Club Cups
Presented by husband and wife members Yvonne and Brian Mitchell in 2013.
Previous
Next

Brian and Yvonne decided it would be a nice gesture to provide a trophy for future winners of this category and it was named the ‘Team Mitchell Trophy’ as they enjoy their photography together.

It didn’t occur to them that Brian would be presented belatedly with the award in the following September, but it was amusing to see Brian’s face when he collected his own trophy!

Yvonne was Membership Secretary from 2012 to 2014 and it was due, in no small part, to Yvonne’s efficient administration that the membership numbers increased to over 80, a figure that had not been achieved before
As in all clubs, if there is a member with accountancy knowledge, he or she is usually asked to audit the Annual accounts. Fordingbridge Camera Club is no exception and so when it was learnt that Brian had an audit background he was approached to undertake this duty, which he continues to do at the time of writing this review.

The photograph shows Brian and Yvonne in their garden in 2014. 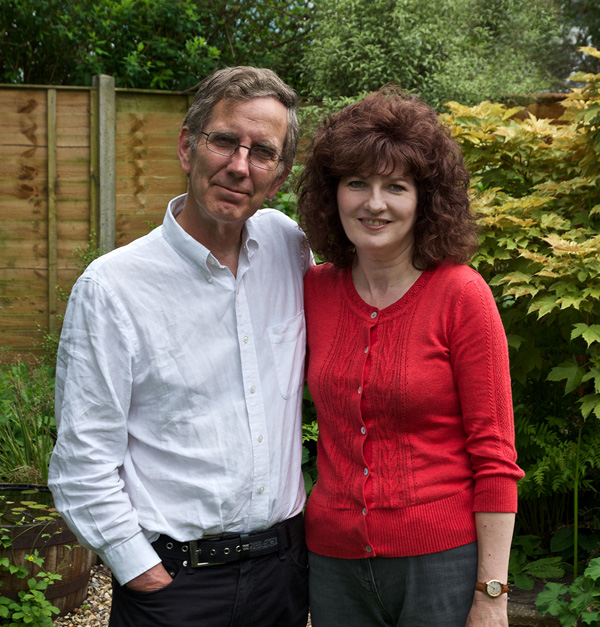