John Dobbs was born in 1924 and died at the age of 68 in 1992.
He was a longstanding member of Fordingbridge Camera Club and his particular love was Slides.
He regularly produced Slide sequences with background music, something, which is very much easier now with digital photography and the range of software available.
John was married to Sue who has just celebrated her 90th birthday. For many years Sue was a leading light in the Fordingbridge Flower Club, a group of highly respected flower arrangers. Clearly creative artistry was a part of John and Sue’s life together.
Returning to John’s expertise for producing Slide sequences, we have been reliably informed by John and Sue’s daughter Helen (Tague), now manager of Avonway Community Centre, that she remembers three Slide sequences in particular.

Isn’t she lovely (you will remember the music if you are of a certain age) – a sequence involving Helen’s daughter (John’s grand daughter).

Big John (again you will remember the music if you are of a certain age) – we presume this involved John himself.

And perhaps the most embarrassing of all to Helen
Soldier, Soldier – this included images of Helen and her then boyfriend (now husband) Trevor, in uniform, when they were courting. The images were taken around Fordingbridge using the gents outfitters in the Market Place (now the hairdressers) and the shoe shop that Mr Bartlett ran (now Jessica’s) as well as shots at John’s home in Bowerwood Road.

Apparently this sequence was regularly rolled out at home and at outside events and Helen recollects that John always ended the sequence by telling everyone that they did eventually get married.

The John Dobbs Award is awarded each year to the member, in the Advanced Group, who has the highest total from their seven best scores in the Club’s Projected Digital Image competitions, in other words the best of the best. We hope that this is a fitting tribute to the man who loved his photography and in particular loved slide photography (his equivalent of todays projected digital images).
November 2013

The image below is produced by kind permission of Helen Tague and shows John, a regular pipe smoker, attending a Fordingbridge Camera Club function at what was then called Packham House (now called Allenbrook Nursing Home) 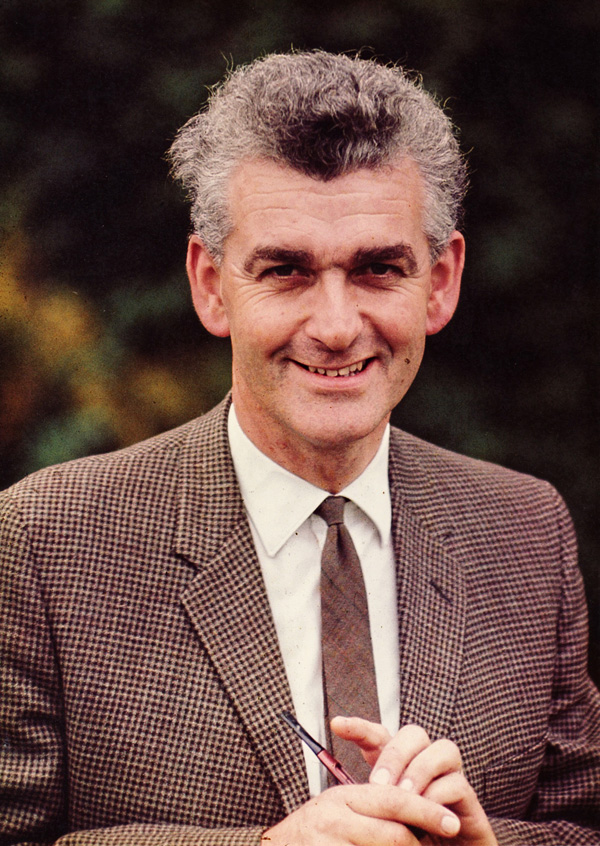